, /PRNewswire/ -- announced today that when is named next spring, Her Royal Highness Princess Margriet of will be the ship's godmother, carrying on a tradition that began in the 1920s. 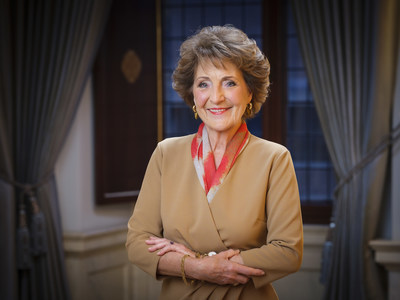 connection to goes back nearly a century to launching Statendam III in 1929. Since then, members of the Dutch Royal Family have launched 11 more vessels throughout the years, including Her Royal Highness Princess Margriet who named Prinsendam (1972), Nieuw Amsterdam III (1983), Rotterdam VI (1997) and Oosterdam (2003).

"We are deeply grateful that Her Royal Highness Princess Margriet will once again act as godmother to a ship, carrying on a long tradition with the Royal Family that continues to honor our Dutch roots," said , president of . " will be named in next year, celebrating its namesake city and our historic connection with . We look forward to commemorating the occasion where it all started for ."

Additional members of the Dutch Royal Family who are godmothers include Queen Máxima, who named Koningsdam in 2016 and Nieuw Amsterdam in 2010. Then-Queen Beatrix served as Eurodam's godmother in 2008. Rotterdam V was launched in 1958 by . Then-Princess Beatrix named Statendam IV in 1957 and Prinses Margriet in 1960. Nieuw Amsterdam II was launched by in 1937.

's maiden cruise departs , from , and embarks on a 14-day transatlantic journey to . During its inaugural season from November to April,  will sail a variety of five- to 11-day itineraries that span the southern, western, eastern and tropical regions, all roundtrip from . In mid-April, the ship makes a 14-day crossing back to to spend the summer in , the , British Isles and , all sailing roundtrip from .

was delivered by the Fincantieri shipyard in  . The date for naming the ship in will be announced in the coming months.

About [a division of and plc (NYSE:  CCL and CUK)]
has been exploring the world since 1873 and was the first cruise line to offer adventures to and the nearly 75 years ago. Its fleet of premium ships visits nearly 400 ports in 114 countries around the world, offering an ideal mid-sized ship experience. A third Pinnacle-class ship, , joined the fleet in .

In light of COVID-19, is currently enhancing health and safety protocols and how they may impact future cruises. Our actual offerings may vary from what is displayed or described in marketing materials. Review our current Cruise Updates, Health & Safety Protocols and CDC Travel Advisories.