, /PRNewswire/ -- Television stars and show hosts will unite as godparents to officially name the newest ship – Discovery Princess. Fashion designer , chef , special effects designer, and fabricator , and real estate broker and flipper extraordinaire will come together for the maritime naming ceremony tradition at the on . For the past seven years, Princess has offered the cruise line's exclusive Discovery at SEA™ program – bringing the spirit of curiosity and exploration to every cruise through branded experiences like Shark Week at Sea, exclusive shore excursions and onboard activities such as the youth centers and Stargazing at SEA.

"Bringing together these four experts and personalities to name Discovery Princess for the launch of our newest ship is an exciting moment for Princess," said , president. "Our impressive godparents, who represent the best in food, style, wonder and exploration, bring their imaginative and inspirational talents together to celebrate this momentous occasion. We look forward to exploring what we all can do together in the future."

The impressive credentials of the four godparents of Discovery Princess include:

– Born on a cattle farm in , Randy is the youngest of seven children. Driven by his fascination for design, Randy taught himself to sew at the early age of nine. At twenty, Randy received a license as a hair stylist and makeup artist. Randy's passion for fashion and design then led him to the prestigious in NYC. From 2007-2012 Randy worked as Fashion Director at Kleinfeld Bridal Salon where he consulted with nearly 15,000 brides a year. Today as the star of "Say Yes to the Dress", "Big Bliss", "Randy Knows Best", "Randy to the Rescue", "Say Yes to the Dress Benelux", and "Say Yes to the Dress America", is seen by millions of viewers in approximately 150 countries. Randy has just finished filming season twenty-one of SYTTD. As the most trusted source in the Bridal Industry, it is mission to "Educate, Elevate, and Empower" every bride to choose the most important dress in her life and for all women to realize their own personal beauty.

Chef  – world-renowned chef who, after attending in Burgundy, , began her international culinary journey training in and with some of the world's most acclaimed chefs including and . In 2003, Guarnaschelli was given the opportunity to expand her repertoire and become the executive chef at Butter, where she has since created her own eclectic American and green-market inspired menu. She first appeared on Food Network in 2006 and has since been part of hundreds of episodes on the network, including as a judge on Chopped, co-host of The Kitchen, host of Supermarket Stakeout and star of Alex vs. America. She hosts the award-winning digital series, Fix Me a Plate and is the author of three cookbooks, including "Cook With Me: 150 Recipes for the Home Cook (2020).

– special effects designer and fabricator, television personality and producer, Original host of the Emmy-nominated Discovery series Mythbusters, Savage has spent his life gathering skills that allow him to take what's in his brain and make it real. He's built everything from giant Buddhas and futuristic weapons, to fine-art sculptures. His previous positions include projectionist, animator, graphic designer, carpenter, interior and stage designer, toy designer, welder and scenic painter. In 1993, Savage concentrated his career in the special effects industry, honing his skills through more than 100 television commercials and a dozen feature films, including Star Wars Episodes I and II, Galaxy Quest and the Matrix sequels. In 2003, he was chosen to produce and co-host MythBusters. Fourteen years, 279 episodes, 1,015 myths, 2,950 experiments, eight Emmy nominations and 83 miles of duct tape later, that version of the series ended in . Since then, Savage has hosted MythBusters Jr., as well as a brand-new series, Savage Builds, which premiered on the Science Channel in 2019. Today, Savage is the Editor-in-Chief and lead content creator at Tested.com.

– entrepreneur extraordinaire, real estate broker, flipping expert, executive producer, TV host, vision strategist and founder of and Do the After working for many years under the tutelage of great humanitarians such as is a self-starter and successful entrepreneur who has been a real estate broker, flipper and investor for more than two decades, a published author of "The ," owns Do the and , and is co-creator, executive producer and host of her second hit show Fix My Flip. She's an expert in all facets of residential real estate, flipping, investing, building businesses and persevering through tough times. As a single mom to three girls, Turner solely supported her daughters (including twins) through private school and top universities. Her vision, resilience and work ethic (her motto is #dothework) have propelled her to the top of her industry.

The 3,660-guest Discovery Princess was built at the in Monfalcone, , and is the sixth and final Royal-Class newbuild sharing all of the spectacular style and luxury of her sister ships – Enchanted Princess® Sky Princess®, Majestic Princess®, Regal Princess® and Royal Princess®.

As part of the leading cruise line on the west coast, Discovery Princess debuted in on , sailing a series of Mexican Riviera and voyages from – . After the naming ceremony in on , the ship will head up the Pacific coast to begin a season of seven-day cruises from , making her the newest ship sailing in the region.

With an array of innovative new experiences, guests will enjoy 270-degree sweeping views from the Princess' largest balconies at sea in the Sky Suites, unwind in ultimate comfort at The Sanctuary and indulge the senses with world-class dining options. Plus, Princess live entertainment presents mesmerizing Broadway-style production shows that can only be seen in the state-of-the-art , including the newest show, Spotlight Bar.

In addition, Discovery Princess delivers which begin with the Medallion™ wearable, a quarter-sized, device that enables everything from expedited contactless boarding to locating loved ones anywhere on the ship, as well as enhanced service like having whatever guests need, delivered directly to them, wherever they are on the ship. In addition, guests can share their favorite cruise moments using MedallionNet, the best Wi-Fi at sea, as well as stay connected with friends and family back home, work remotely anywhere on the ship, quickly post content and stream favorite movies and shows.

Discovery Princess also offers signature Princess venues and amenities including the Piazza, , The Sanctuary, Movies Under the Stars, , Good Spirits at Sea Bar, Vegas-Style Casino, , and Discovery at SEA™ programs.

More information about Discovery Princess can be found at https://www.princess.com/ships-and-experience/ships/xp-discovery-princess/

Additional information about is available through a professional travel advisor, by calling 1-800-PRINCESS (1-800-774-6237), or by visiting the company's website at http://www.princess.com/.

One of the best-known names in cruising, is the world's leading international premium cruise line and tour company operating a fleet of 15 modern cruise ships, carrying millions of guests each year to 330 destinations around the globe, including the , , , Mexican Riviera, , , /, the South Pacific, , , /New England, Antarctica, and . A team of professional destination experts have curated 170 itineraries, ranging in length from three to 111 days and is continuously recognized as "Best Cruise Line for Itineraries." In 2017 , with parent company , introduced MedallionClass Vacations enabled by the Medallion device, the vacation industry's most advanced wearable device, provided free to each guest sailing on a MedallionClass ship. The award-winning innovation offers the fastest way to an effortless personalized vacation, giving guests more time to do the things they love most. The company is part of plc (NYSE/LSE: CCL; NYSE: CUK).

In line with the latest advice from health officials about COVID-19, is currently enhancing health and safety protocols with input from medical experts and government bodies and assessing how they may impact future itineraries. Actual offerings may vary from what is displayed in marketing materials. Click on the following links to stay updated on current Cruise Updates and Health & Safety protocols. 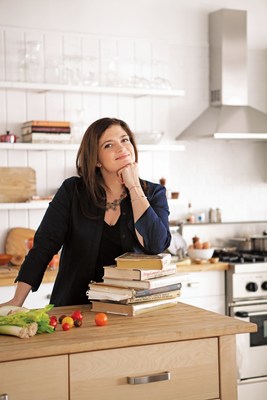 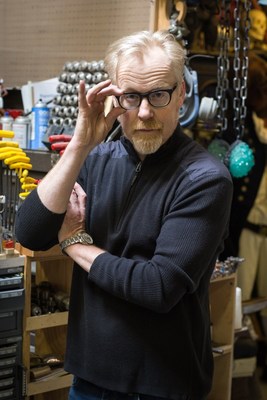 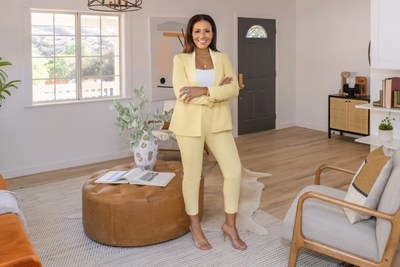