Panama Canal Cruise Unlike Any Other

After 105 years, the Panama Canal remains one of the world's greatest engineering marvels. The best way to fully appreciate its time-tested ingenuity? By crossing the canal on a cruise ship for an "absolutely incredible" vacation experience.

MIAMI, Oct. 28, 2019 /PRNewswire/ -- On a cruise through the ingenious 105-year-old Panama Canal, you may find yourself wondering how far the human mind can go in its quest to find solutions.

As your ship slowly traverses the 50-mile manmade shortcut through the jungle between the Atlantic and Pacific oceans, howler monkeys screech in the distance and electric "mules" (locomotives) with ropes guide your ship through a series of locks and gates and across manmade lakes. It is an innovation for the ages, and it is hard not to feel inspired. 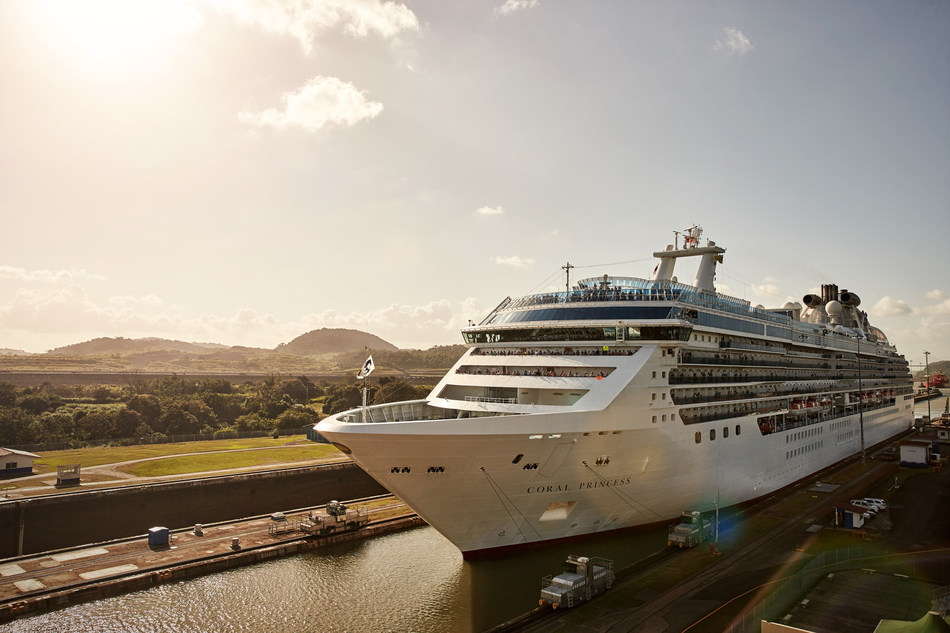 On a cruise through the Panama Canal, passengers marvel at the ingenuity of one of the world's greatest wonders. (Photo courtesy of Princess Cruises)

"A Panama Canal cruise is unlike any other you'll experience," says Colleen McDaniel, editor-in-chief of the website Cruise Critic, and a big fan of Panama Canal cruises. "The main draw is the actual crossing of the canal, and to be able to do so on a ship is absolutely incredible. You can perch yourself in a viewing area and watch the mechanical marvel front and center. You simply can't replicate that experience with a land visit."

Panama Canal cruises embark from ports in Florida and California, such as Fort Lauderdale and Los Angeles, as well as from other ports in the U.S., Canada and Europe, in fall, winter (including popular holiday sailings) and spring. Most itineraries are 10 days or more.

Cruise guests can book either a one-way passage from the Atlantic to the Pacific (or vice versa) for what's known as a full transit; or a round-trip partial crossing from Florida, which lets you experience some of the locks of the canal and beautiful manmade Gatun Lake, a waterway surrounded by rainforest and teaming with wildlife.

Six of Carnival Corporation's nine cruise line brands offer travelers plenty of options, with more ships sailing through the Panama Canal than any other cruise company. A total of 26 cruise ships from its Carnival Cruise Line, Cunard, Holland America Line, Princess Cruises, Seabourn and P&O Cruises brands are scheduled to do more than 70 partial or full transits in the 2019-2020 season.

In 1967, Princess Cruises was the first cruise line through the Panama Canal, and today it carries more guests through the waterway than any other cruise line – this season with five ships, the line's largest-ever deployment in the canal.

McDaniel says it's important to pick the sailing that's right for you, whether you do a full or partial crossing.

"There are pros to both options, but be sure to do your research to understand what each has to offer," she says. "We always recommend familiarizing yourself with the history of the Panama Canal as well. Crossing it truly is an amazing experience, and it's made even more so when you know the whole history."

That history began when the Spanish first did a survey in the 1500s, looking for a way to get gold and silver from the Pacific back home to Spain, without having to go all the way around Cape Horn at the southern tip of South America. They decided the task was impossible. The French began construction of the canal in 1880. Their goal was to become the world's most powerful country by opening the shipping route. When they failed, the United States took over. After many years, and a loss of thousands of lives, the Panama Canal opened on August 15, 1914 – a feat of both engineering and human endurance.

"You are looking at something built over 100 years ago and operating the exact same way today as it did on Day 1," says Lance Schuler, a cruise and travel director for Holland America Line who has crossed the canal more than 100 times, most recently on the Zuiderdam. "It's amazing to think that nothing has changed on the Panama Canal in over 100 years with the exception of the installation of lights. We could not build something to last this long today like we did then. As a matter of fact, when they were building the new, larger 'Neo-Panamax' locks that opened in 2016, they had to repour the concrete twice to get it right."

Schuler says he never tires of the experience – which takes about eight to nine hours for a full crossing.

"I love being outside on deck, watching the operation, waving at the mule drivers," Schuler says. "You're at an amazing place, a UNESCO World Heritage Site, one of the top engineering feats ever constructed."

Adding to the excitement is the fact your ship won't be the only one going through the canal.

"You may have another cruise ship beside you," Schuler says. "I've been through with a submarine next to us, big sailing ships. It's funny because everyone's out on deck taking pictures of each other, even the tankers and the cargo ships."

During the crossing, a Panama Canal expert will be on board your ship doing a narration of history and facts over the PA system.

Itineraries on either side of the Panama Canal vary, but guests have opportunities to enjoy the diverse cultures of Central and South America as well as some of the best beaches in the Caribbean.

You might, for instance, zipline through a rainforest while spotting sloths and other wildlife in Costa Rica, hang out on the coral sands and crystal-clear waters of Seven Mile Beach on Grand Cayman, and ogle the flamingoes and others among the 1,900 species of birds at the Colombia National Aviary.

There are also relaxing days at sea where you can lounge around the pools, hit the casino and the spa, and enjoy other features and activities on your ship. Special activities will focus on the region you are visiting. Carnival Cruise Line, for instance, has culinary and entertainment experiences including arts and crafts, cooking demonstrations and celestial navigation on its Carnival Journeys transits. Holland America Line has Explorations Central programming focusing on the region's local traditions and cultural experiences and regional dishes on menus.

On a partial crossing, your ship may anchor in Gatun Lake for tender service to shore for excursions that may include opportunities to kayak in the canal or visit an island inhabited by thousands of capuchin monkeys and other wildlife. Schuler's favorite excursion takes guests by dugout canoe up the Chagres River to visit an Emberá Native village of grass huts built on stilts, for a dance performance. The Emberá people maintain pre-colonial traditions and lifestyle as keepers of the rainforest.

Your cruise may choose to visit colonial sights in Panama City at the Miraflores Locks Visitor Center with its museum displays and IMAX theater or the biodiversity-focused, Frank Gehry-designed Biomuseo, which is affiliated with the Smithsonian Institute.

McDaniel says guests on Panama Canal sailings tend to have a common interest in the canal as a bucket list experience.

"There are a number of destinations that are best seen by ship – and the Panama Canal is one of the top places," she says. "If you're interested in the Panama Canal, there is absolutely nothing better than hopping on a cruise and experiencing it first-hand."

The cruises are a good value and expand on your typical Caribbean or Mexican Riviera itinerary, McDaniel adds.

"The value for these cruises is excellent," she says. "Passengers are able to visit unique ports along the way. Many of them aren't on typical itineraries. Plus, enrichment and educational opportunities abound, which is what people crave when they cross the Panama Canal. It's the kind of trip you'll be talking about for a lifetime."