MIAMI, July 10, 2019 /PRNewswire/ -- Aboard Holland America Line's Eurodam, five world-class musicians are performing at Lincoln Center Stage. One tune might sound more familiar to rock fans than those accustomed to programs of Mozart and Dvorak. It's "Creep" by Radiohead, and it's beautiful. For those who think cruise line entertainment is old school, this piano and strings performance is a prime example of how cruise ships have adapted their entertainment both to the times and to appeal to people of all ages and backgrounds. 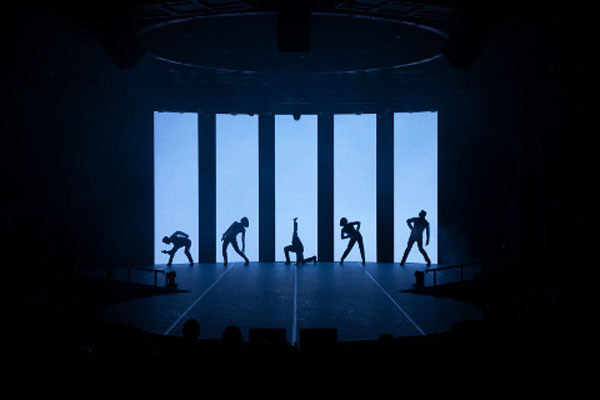 From the "The Voice" of the Ocean appearing on Princess Cruises, Italian line Costa Cruises, and German line AIDA cruises, to a show-stopping singer belting out Aerosmith's "Dream On" in Epic Rock, a Playlist Productions show on Carnival Cruise Line, entertainment takes front and center on the high seas. With entertainment being complimentary, it has evolved into a major perk of going on a cruise – and one of many reasons cruising has become the fastest-growing segment in the vacation industry.

"Guests rave about our Lincoln Center Stage and our B.B. Kings Blues Clubs as one of the reasons they sail with us," says Bill Prince, vice president of entertainment and enrichment for Holland America Line. "With our live music spaces, we are redefining what entertainment looks like on a cruise ship."

On Holland America Line, the live music options also include Billboard Onboard piano bars and, on the line's latest ships, Rolling Stone Rock Rooms. All are situated on a "Music Walk," so guests can easily stroll from one venue to the next. Another big hit on select ships are two shows presented by the Step One Dance Company, where six dancers become hundreds thanks to the creative use of interactive media. A third show will be introduced in the fall.

Branded partnerships are part of the scene in cruise entertainment. Carnival Cruise Line, for instance, will introduce the first seagoing version of the game show "Family Feud" on its newest ship, Mardi Gras, debuting in 2020. Guests can audition to participate in both family-friendly and adult versions, competing on stage on a set just like the TV show. Carnival Cruise Line also has a shipboard adaptation of the hit TV series Lip Sync Battle and a game show with a larger-than-life-version of iconic Hasbro toys.

There are other familiar names on Carnival Cruise Line ships, especially for comedy fans. The world's largest cruise line is also the largest employer of comics in the world, hosting more than 26,000 performances a year at Punchliner Comedy Clubs on all 26 of its ships.

The line's original Playlist Productions stage shows, created by Broadway and West End producers, chorographers and designers, feature an international cast and are high energy, 35- to 45-minute productions, complete with dazzling special effects. Audiences frequently rise to their feet and clap along, and the shows continue with after-parties in the atrium. Carnival Cruise Line also puts together its own bands, which might match an awesome rock guitarist from Nashville with a talented singer from Australia.

"Not only is entertainment included in your cruise fare, but we have an incredible, diverse offering with production shows, comedy, live music, deck parties and game shows," says Chris Nelson, vice president of entertainment for Carnival Cruise Line. "There's a lot in the entertainment realm and that's what our guests want. They want to be entertained."

In addition to the popular "Voice of the Ocean," which has guests competing on a set with judges in swiveling chairs – just like on the hit NBC TV show – a diverse array of entertainment on Princess Cruises ships includes three original production shows that are co-produced by Broadway legend Stephen Schwartz ("Wicked," "Pippin," "Godspell"). A fourth show is in the works for debut in 2020. Also on the main stage are headliner comedians, musicians and illusionists. Live music abounds too – you may hear classical musicians performing in the Piazza, a mariachi band at the pool. A classy deck party features specialty cocktails and music by Bruno Mars, Beyonce and Alicia Keys, among contemporary artists.

"Entertainment is a huge part of why guests sail, one of the four pillars of why guests choose the brand," says Denise Saviss, vice president of entertainment experience for Princess Cruises. "Our guests have high expectations thanks to access at home to shows such as 'The Voice' and 'America's Got Talent.' They have access to Broadway shows on their TVs, too. That drives a high standard."

In the UK, P&O Cruises has a tie-in with the popular TV show "Strictly Come Dancing." On themed cruises, professional dancers from the show and judge Craig Revel Horwood come onboard for Q&A events, autograph sessions and to provide guests one-on-one lessons with the dancers. There's even a guest dance competition. New on the Iona in 2020, on select Norwegian Fjords itineraries, guests will be able to mingle with performers from the show during an evening extravaganza with dinner.

P&O Cruises recently debuted a revolutionary magic and illusion show, "Astonishing," produced by BAFTA-winning presenter and entertainer Stephen Mulhern and performer Jonathan Wilkes. Combining magic, dance, music, illusion and mystery, and using the technology of giant LED screens, the show both elicits gasps of surprise and has guests tapping their toes. It's on six ships in the fleet. Paul Ludlow, senior vice president for P&O Cruises, calls the show "game-changing."

For its German audience, AIDA Cruises created a special theater with a 360-degree stage, 11 LED walls and seven different laser shows on its newest ship, AIDAnova. Popular shows include "YELLO!" featuring dancing, acrobatics and the music and video art of Swiss electronic pop pioneers Yello. Another show, "Avona Dia," is designed for families and was choreographed by stars from Cirque du Soleil. There's a show themed on Nashville, too. In addition to "The Voice of the Ocean," AIDA has seagoing versions of "Who Wants To Be A Millionaire" and "The Pyramid."

Entertainment on Costa Cruises shows off the line's Italian influence in nightly stage productions featuring musicians, singers, dancers, acrobats, magicians and mimes. All shows are geared towards the Costa Cruises' international audience and feature top-level Italian and international performers. On the Costa Diadema, the diverse musical genres include American country hits at the Country Rock Club. Look for exciting, all-new entertainment options when the Costa Smeralda debuts in October.

On the ships of P&O Cruises Australia, original production shows are choreographed by Grayboy, a leading Australian production company, and include "Rock – Anthem of Ages," a rock concert at sea on the company's flagship, Pacific Explorer. "Love Riot" is a production show designed by the internationally acclaimed Australian director Scott Maidment, the creative mastermind behind Madonna's Rebel Heart Tour.

Guests also enjoy performances by elite artists and contortionists, who dangle from silk sheets and trapezes, unicycle through the audience and perform other awe-inspiring acts. Among popular visiting performers on select cruises are Reuben Kaye, who has been described as the evil love child of Liza Minnelli and Jim Carrey. P&O Cruises Australia is well-known for comedy, with a record number of comedy cruises this year – making the cruise line the biggest provider of comedy Down Under.

Entertainment on the ocean liners of Cunard includes cutting-edge dance shows with the Cunard Royal Dancers and Singers, classic theater and international cabaret artists performing in the Royal Court Theatre. You might catch an internationally acclaimed illusionist, comedian or world-class vocalist. Exclusively on the Queen Mary 2, members of the Royal Academy of Dramatic Art are in residence, both performing and conducting acting workshops for guests.

On ultra-luxury line Seabourn, guests dance to live music outdoors with a backdrop of St. Tropez, or St. Barts, or wherever their ship happens to be in the world, with the popular Evening Under the Stars program. Indoors in the show lounge, guests are entertained in intimate cabaret performances by singers and dancers, in shows such as "That's Life," featuring classic songs from the Rat Pack era.

The marquee show is An Evening with Tim Rice, with highlights of Sir Tim's musical career and best-known work, from Jesus Christ Superstar to The Lion King. The Emmy/Grammy/Oscar/Tony-award winner makes an appearance himself thanks to the magic of technology. In the bar at The Grill by Thomas Keller, there's opportunity to sing along to piano tunes before and after the entertainment of a meal created by the legendary chef.

What's happening on ships has not been overlooked by the land-based entertainment industry. Princess Cruises guests give high marks to the high-tech, mesmerizing theatrical show "Fantastic Journey" on Majestic Princess and Caribbean Princess. The Themed Entertainment Association (TEA) took notice, honoring the show with a Thea Award for Outstanding Achievement this year.

"It's pretty phenomenal. We are just at the tip of what's to come," says Saviss. "And it's all included in your cruise fare."